The MagnaRay is Natural Action Technologies’ newest and most advanced whole house water unit.  It works as a conventional water revitalization / structuring unit for the whole home and also possesses a charging mode of operation to achieve much greater levels of energy coherence in the water.

This unit will provide you with structured water throughout your home – in your kitchen, bathrooms, showers, and garden. 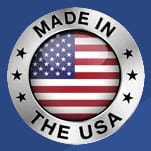 This unit is designed for inline installations for homes.  The robust design will provide many years of maintenance free service.  It comes with 3/4″ or 1″ NPT built in fittings .  We will automatically send the unit with the 1″ connectors, unless buyer requests otherwise.

Enjoy all the benefits of Structured Water for cooking, drinking, showers or baths, laundry, gardening, pets and so much more.  With this whole house unit, you will have structured water literally at your fingertips throughout your home.  Everyone benefits from the energetic properties.

Installation by Professional Certified Plumber required, or warranty and associated water damage liability may be void .

How To Measure Pipe

What is Natural Action’s MagnaRay Technology? 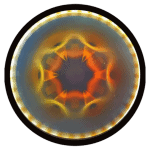 What is Natural Action MagnaRay Technology?  Natural Action is passionate about continuing to push the boundaries of water revitalization technology.  NAT’s proprietary, time-tested Double Vortex FlowForm Technology has positively impacted the lives of hundreds of thousands of people around the world.  But NAT has always been looking for ways to take structured water to the next level.  That drive led NAT to a desire to understand the dynamics of magnetics and their interactions with water.

Magnetics have always shown potential for enhancing the quality of structured water.  There have been studies on the benefits of Magnetized Water.  Here are a couple:
https://www.sciencepublishinggroup.com/journal/paperinfo?journalid=362&doi=10.11648/j.bs.20170304.12
https://www.aimspress.com/article/id/5450
Designing a magnetic-based structured water device is a challenging feat because NAT’s internal research had always shown mixed results with magnets.  Some magnets had a tremendous beneficial effect on water, and other magnets produced a detrimental effect.  Complicating matters further, NAT observed the same magnets in just slightly different positions switching from a positive, life-giving effect on the water, to a negative one.  It was difficult to determine why this was the case.
Here’s one study of magnets’ effect on hard water – one magnet device reduced scale vs the control , while another actually increased it!
https://www.wqa.org/Portals/0/Technical/Technical%20Fact%20Sheets/MagneticsTF_Rpt.pdf
Nevertheless, it became obvious that magnets, when properly applied to water in a correct and stable way, would have positive benefits for living organisms.

Natural Action Technologies’ goal was to discover a way to apply magnetics to water in a way that had all the positive, life-promoting effects, and none of the potentially dangerous effects that NAT observed in research.  And, it had to be done in a way that was stable (not subject to change over time) and reproducible (so NAT could have a reliable way to build them).  Most importantly, any magnetic treatment NAT developed needed to work in synergy with NAT’s signature Double Vortex FlowForm Technology.  NAT believes in working from the known to the unknown, so it needed to be a device that worked with and added to the quality of NAT’s existing technology.

The Results of NAT’s Research and Development – The MagnaRay

The technology that resulted from NAT’s development meets all the criteria that NAT had set as requirements.  NAT’s MagnaRay design and the effect it has on water are unlike any other magnetic water treatment that NAT has seen.

However, instead of one continuous stream of 24 stages of vortexing, the MR-24 is split into two 12-stage vortexing chambers.

In between the two stages is the MagnaRay.

Understanding the Synergy of the MR-24

The MagnaRay component of the HD-24 is more than just some magnets on a pipe.  It uses six large, asymmetrical, powerful rare-earth magnets that are held in an exact hexagonal formation with precision down to the thousandths of an inch.

It also integrates a blend of nanometals, shungite, and ormus (which contains a wide spectrum of monatomic elements) held in a stable form near the south pole sides of the magnets.

On the outside of the MR-24’s MagnaRay portion, you can see the copper plates that are both decorative and functional.  Copper, of course, is a great conductor. It’s never been something that NAT wanted to have touch the water directly for a variety of reasons. But in the MagnaRay, it serves a functional purpose in conducting the enhancement elements with the magnetic fields.

The combination of the conductive outer plates, the enhancement elements, and the precisely aligned magnetic array results in a device that is sophisticated beyond any other magnetic water technology that NAT has seen.

The Combination of The MagnaRay and the Double Vortex FlowForm Technology

When the MagnaRay combines with NAT’s FlowForm technology, the effects of both are greatly amplified. The water is energized in a way that’s greater than the sum of the parts.

When the water first enters the MR-24 it goes into the first 12-stage vortexing chamber.

The result of vortexing the water before and after the MagnaRay was a stable, powerful yet non-aggressive enhancement to the water beyond what anyone at NAT imagined possible from a whole house unit.

Natural Action Technologies is very proud of their achievement in developing the MR-24. It represents the very best of their current technology.  Functionally, it is better than any whole house unit they have ever made by a large degree.

A Higher Level of Stable Energization

The water from NAT’s MR-24 Unit is more energized, structured, living, and coherent throughout the entire home.

Early owners of the MR-24 who had previously owned one of NAT’s standard whole house units reported a noted increase in effect, especially for homes where the distance between the MR-24’s location and the water access point was a long one. It seems the MagnaRay contributes to the water holding its energized state in an even more stable way than NAT’s standard line of devices.

One of NAT’s first MR-24 customers said his water tastes sweeter than he ever thought his tap water could be.  He’s in love with the device and can’t believe the difference he’s noticed in his kitchen water, his showers, and his garden.   While NAT has always stated that taste is not a great indicator of water’s structure, energy, or coherence, early owners of the MR-24 noted an improved taste in the water more frequently than NAT had ever heard with their standard whole house units.

Because both the MagnaRay and the Double Vortex FlowForm Technology are proven salt-free water conditioning methods, the synergy between them creates an improvement to hard water that’s better than any salt-free method that NAT has ever seen.

If your water is hard to the point that it’s on the borderline of needing a salt-based softener in addition to one of NAT’s whole house units, you may be able to avoid the salt with the MR-24.  It won’t be every single case, as there’s a limit to the amount to the amount of salt-free conditioning that can work when the water is past a certain threshold of hardness.

Generally, NAT’s HD-24 unit is effective at eliminating the need for a salt-based softener up to about 300 ppm of hardness. The exact threshold varies based on individual water chemistry.

Beyond 500 ppm of hardness, it’s unlikely any salt-free option will be sufficient.

But the MR-24 has a greater chance of being sufficient for borderline cases between 300 ppm 500 ppm because of the synergistic combination of the FlowForm and the MagnaRay. That accounts for a huge segment of the hard-water population, so it’s a game-changer for those people.

All in all, the MR-24 is simply the most powerful water energization device that NAT has ever seen. The water it produces tastes sweeter than from any other device they’ve tried, and NAT’s UV Spectrometer readings confirm it is structured to a higher level than anything NAT has ever produced.